then decomposes to be reabsorbed 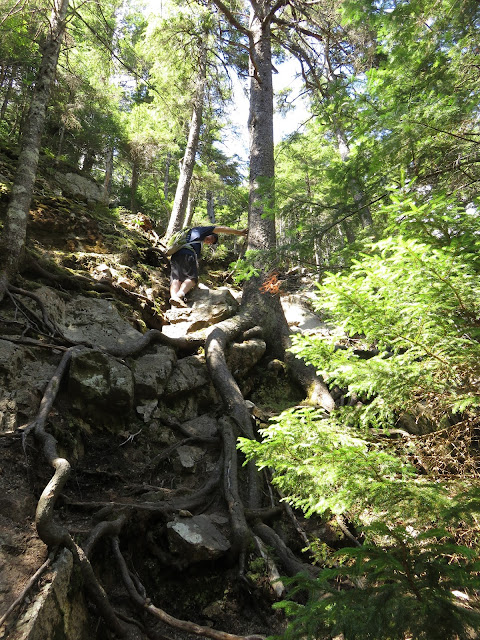 Ascending Bernard Mountain yesterday ▲. I have a second complaint about Acadia National Park - parking blows. I understand why, and to the park's credit they run constant shuttles from the large parking lot at Park Headquarters, and we've been the fucks who won't use them. My complicity and fine metaphors etc. We got to the Gorge Path trail head yesterday at nine, all four parking spots taken, no road parking allowed. Instead of Dorr and Cadillac Mountains yesterday we climbed Mansell and Bernard Mountains. We've now done all of the western half of Acadia. We going to try to leave the house shortly to get to Gorge trail head, and I've alternatives for when we find the four spots taken already anyway, but Earthgirl is still asleep and I'm not gonna wake her, so maybe Door and Cadillac tomorrow and Champlain and Penobscot today. Right now? From where I'm typing, taken just now, a photo of a shadow of a hummingbird dipping at a red feeder! 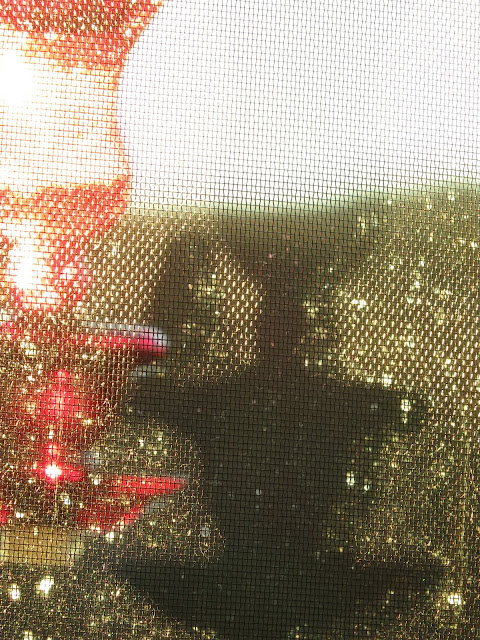 It's no smear. At best, Jill Stein is pandering to anti-vaxxers. And she knows it--she made an effort to walk back her position and got busted at it. If that is true, it's completely unforgivable and absolutely disqualifies her from any leadership position in organized society. I understand that you don't give a shit about that, since you're fundamentally opposed to organized society in general, and that's your business and I've long since accepted it, kindly and lovingly, I hope. But no quarter for a fucking idiot of her magnitude. An idiot who is, I hear tell, an actual medical doctor. Fucking despicable.

At worst, she's an actual anti-vaxxer, and it looks to me like that's the case, because the language she uses in pandering to anti-vaxxers is exactly the language that anti-vaxxers use to claim they're not anti-vaxxers. EXACTLY that language. I know that you trust my qualifications to gauge that without reference to politics. And I credit that it's possible that she's pandering, which is not, as I noted, a save for her. Not even close.

She's a nutbar and has no business running for office, and if she's actually an anti-vaxxer instead of just another pandering shithead politician, she and any offspring for which she's responsible have no business being around other humans.

I'll take your word for it on Stein and anti-vaxxing: this is how I figured to do my research on the subject: I know the issue is important to you and you're far more informed than most people on the subject.

I was hoping the Hillarium was *right* on that: it throws so much bullshit that accurate insightful and useful information that would be vital in forming an opinion about a candidate just sounds like so much Hillarium disinformation. I wish I had been clearer in the post that was part of my point in the first place. As I said, I don't know shit about Stein, but I do know how the Hillarium works.

Email ThisBlogThis!Share to TwitterShare to FacebookShare to Pinterest
Labels: About That Ceasing Seething, Brazen Blogwhoring and Attention Sluttery, Dead Blegsylvania, Fuck Me, MagFields, MSADI5G, Music, My Complicity, My Inability to Shut the Fuck Up, Vacation 2016