I Think the Pain for Him Will End in May or January, Though the Weather Is Far Too Clear to Me to Think of Anything but August Comedy 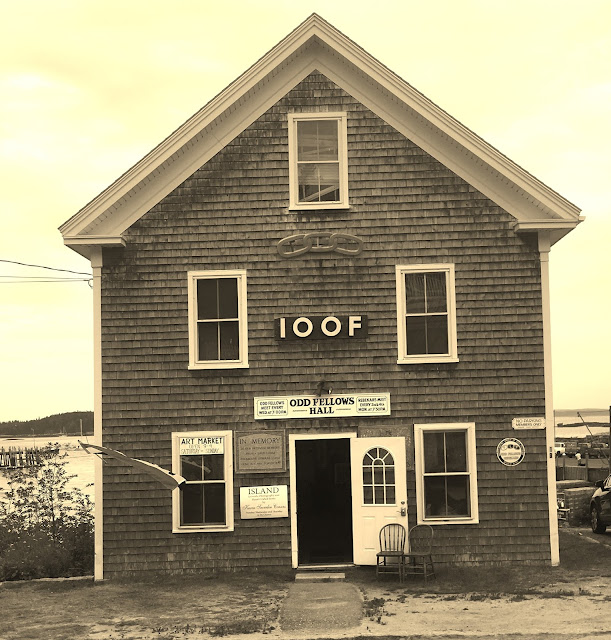 We'd climbed all the major mountains of Acadia National Park proper, hiked all the major trails, so yesterday we decided to go on an adventure. Isle au Haut, an outpost of Acadia in Penobscot Bay, a hundred mile round-trip from the house in Tremont, our destination, we got up early, we drove, we missed the morning ferry by ten minutes because I misjudged the time it would take to get to Stonington where the ferry launches and returns. We ate breakfast at 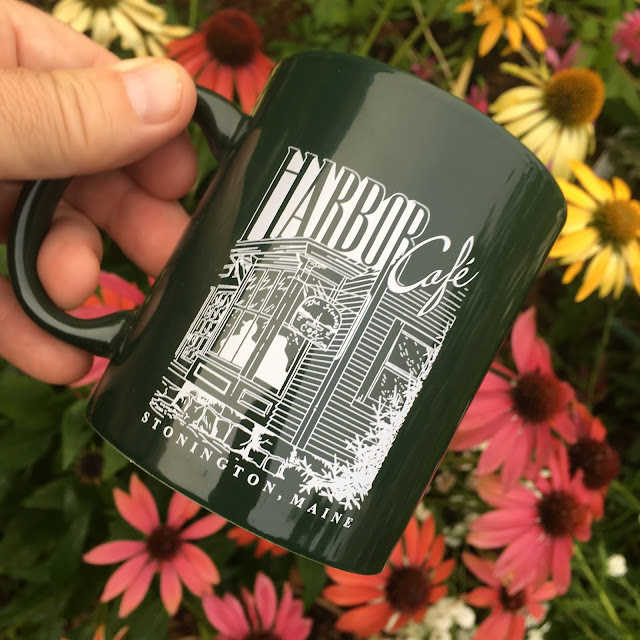 walked around town, clouds rushed in, temperature dropped twenty, rained poured, we - in nothing but t-shirts and short pants - lucked out, weren't stranded wet and cold on slick hiking trails of wet granite bedrock on an island without shelter with six hours to wait for a boat. Will try again next year, the island. 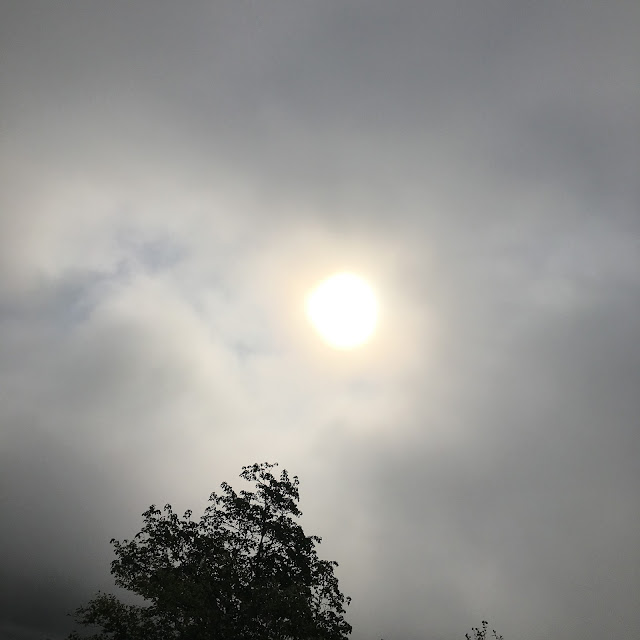 It's foggy right now as I type this, rained all night. The sun will burn the fog (▲, just now from my porch),  not supposed to rain again until tonight, I assume the wet will evaporate from the bedrock, there will be a hike today, how ambitious I don't know, wet-wise: descents here in slippery conditions are not worth the chance. My knees needed yesterday off, my body - and my Dark, which is aching if no longer panging - need be beaten to exhaustion today. Will resume googling non-Acadia alternatives as soon as I plunge publish. This plant - what is it? - across the road from Oddfellows: 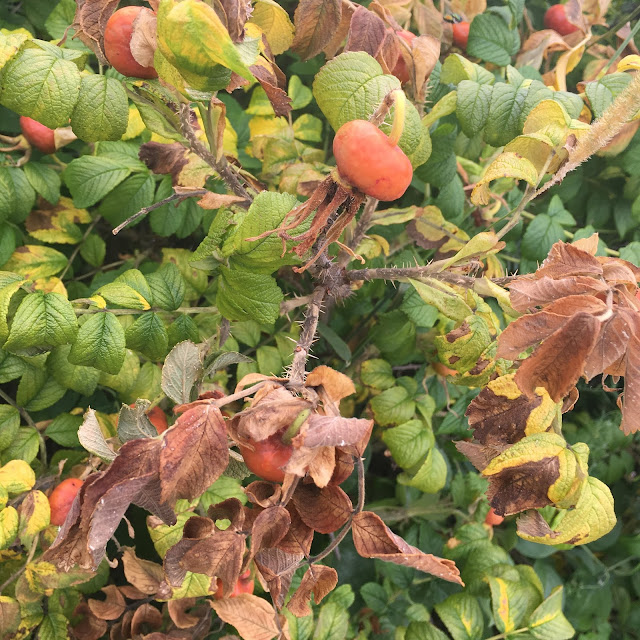 PITY ASCENDING WITH THE FOG

He has no past and he certainly
has no future. All the important
events were ending shortly before
they began. He says he told mama

earth what he would not accept: and I
keep thinking it has something to do
with her world. Nights expanding into
enormous parachutes of fire, his

eyes were little more than mercury.
Or sky-diving in the rain where there
was obvious no land beneath,
half-dead fish surfacing all over

his body. He knew all this too well.
And she who might at anytime be
saying the word that would embrace all
he had let go, he let go of course.

I think the pain for him will end in
May or January, though the weather
is far too clear for me to think of
anything but august comedy.

Email ThisBlogThis!Share to TwitterShare to FacebookShare to Pinterest
Labels: About That Ceasing Seething, Books, Brazen Blogwhoring and Attention Sluttery, Dead Blegsylvania, Destroyer, Fuck Me, James Tate, MSADI5G, Music, My Complicity, My Inability to Shut the Fuck Up, Vacation 2016