All Day the Storm Did Not Quite Storm 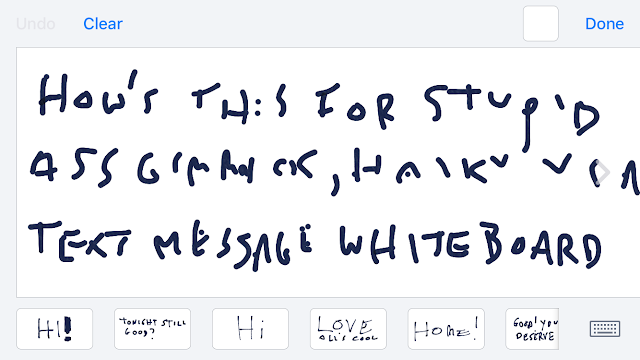 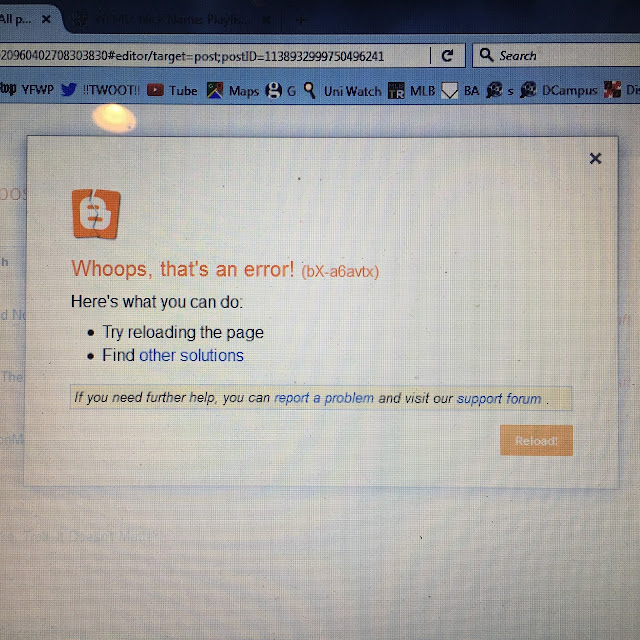 Below ▼ last night, the front page of the blog, with the top of EE Cummings' head peering up against the my favorite background, a screenshot of the blog as finely-tuned in appearance I've ever, so I wrote something I liked, tried to save it, my fucking free blogging platform ate it ▲ when I saved it, it's gone, fine metaphors abound. It was a bleggalgaze, so you're spared for now. It was nothing I haven't written before even if I liked this particular paraphrase. Another stupidass gimmick: PJOEPF OF VRIECYH (PoV) - I of course, on a blog without any rules, where I can post anything I want whenever I want, must have rules. I like writing rules on my freedom more than most everything else. Re: while I obviously cannot rewrite the first drafts of washed poems, I can revise what is typed - and did with the last post. No more complicated a rule that rewrites are allowed on digital poems until the digital poem is abandoned. No less complicated than I haven't posted there what I won't post here even though PoV is disappeared most of the time. I impose the same censorship there I impose here even though PoV was created to post there what I won't here. Fuck me. So this is a bleggalgaze, not the one I wrote last night, and not as good, and you weren't spared.

Here tomorrow: the rules of no rules of haikus on text whiteboards debated! 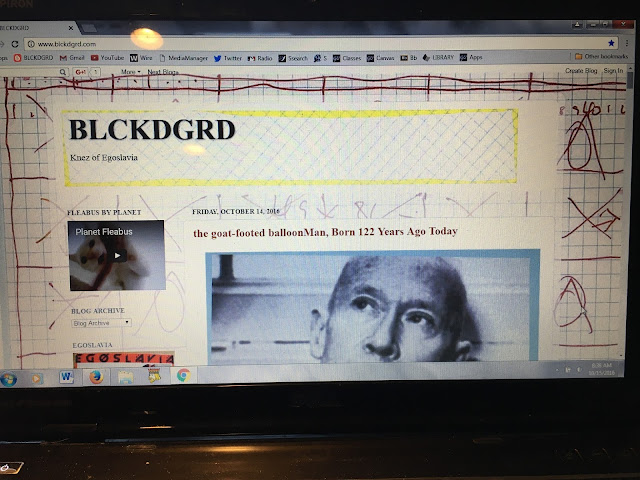 Sunday evening, evening gray. All day the storm did not quite storm. Clouds closed in, sulked, spat. We put off swimming. Took in the chairs. Finally (about seven) a rumbling high up. A wind went round the trees tossing each once and releasing arbitrary rivulets of cool air downward, this wind which came apart, the parts swaying out, descending, bumping around the yard awhile not quite on the count then a single chord ran drenched across the roof, the porch and stopped. We all breathed. Maybe that’s it, maybe it’s over, the weatherman is often wrong these days, we can still go swimming (roll call? glimpse of sun?) when all at once the sluices opened, broke a knot and smashed the sky to bits, which fell and keep falling even now as dark comes on and fabled night is managing its manes and the birds, I can hear from their little racket, the birds
are burning up and down like holy fools somewhere inside it—far in where they keep the victim, smeared, stinking, hence the pageantry, hence the pitchy cries, don’t keep saying you don’t hear it too.

Email ThisBlogThis!Share to TwitterShare to FacebookShare to Pinterest
Labels: Anne Carson, Brazen Blogwhoring and Attention Sluttery, Dead Blegsylvania, Fuck Me, Fucking Blooger, Mememe, Music, My Complicity, My Inability to Shut the Fuck Up