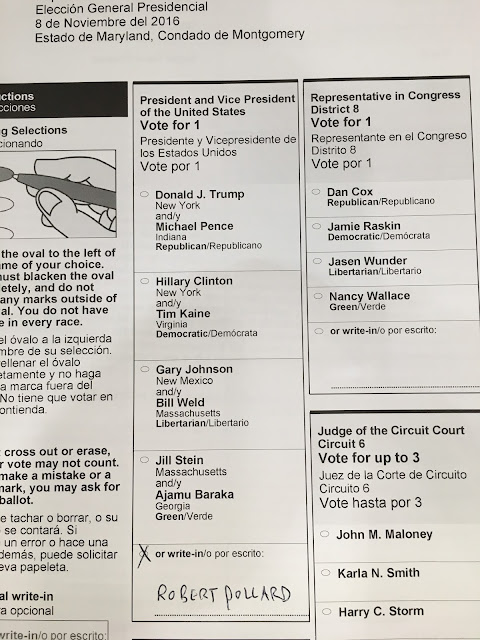 Let me explain. I promised Loved Ones I'd vote on issues/people important to them. I got to polling station, the line is at an hour. I brought a book but too distracting to read, I put in earbuds and put iPhone on shuffle and decided whoever was in ears when I cast my ballot would be my write-in choice for POTUS. Thirty seconds earlier it'd been Meredith Monk, two minutes later it'd been Julie Doiron, but this was in my ears when I voted: