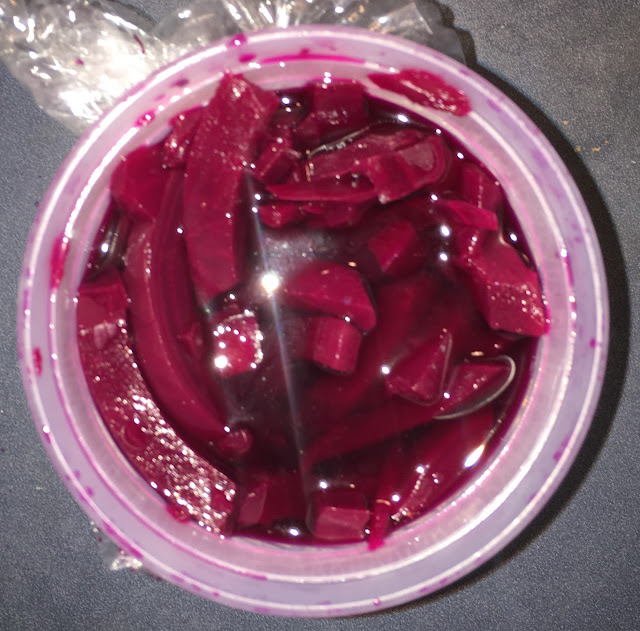 Beets, I said to my Hillaryite Friend. Pickled beets, Hungarian gagh. By itself, in salads, lordy on pizza, put in on about halfway though bake-time. Make sure you drink the brine. HF said, drink the brine. Yes! I said, especially with at least ten baked asparagus spears. Why, HF asked. No reason, I said, it's good. HF had brought me some Stayman apples last week, I bought these beets at farmers market, here, thanks for the apples. I eat beets breakfast lunch dinner and in-between meals, my piss is always red. I love them this much of course you'll love them too - like the music I listen to, the poetry I thrust them at you. HF tried a forkful. It didn't change her life but HF ate and liked.


ZEUS PAUSES AMID WRITING HIS AUTOBIOGRAPHY

How everyone thinks him a happy-go-lucky guy.
True and not true, don't give the ending away.
Rhyme angst with spanks?
Bit of a buzz on the old loins yet.

ZEUS DECIDES TO DO HIS OWN TAXES THIS YEAR

Deduct the corpse of Helen from the corpse of war (net).
"Victory" (adjusted gross). "Virtue" (attach schedule E).
Under penalty of perjury I declare that I have examined this cigar
and to the best of my knowledge and belief according to accompanying
statements and schedules
it is not a cigar.