Pouring Orange into GRAPE and Grape into ORANGE Forever 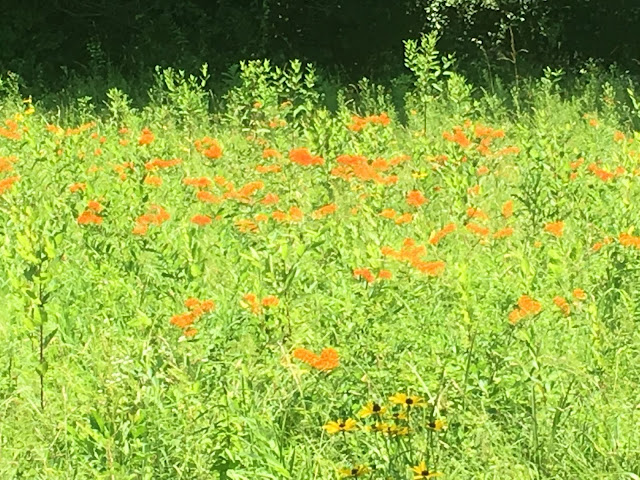 BALLAD OF ORANGE AND GRAPE


After you finish your work
after you do your day
after you've read your reading
after you've written your say –
you go down the street to the hot dog stand,
one block down and across the way.
On a blistering afternoon in East Harlem in the twentieth
century.
Most of the windows are boarded up,
the rats run out of a sack –
sticking out of the crummy garage
one shiny long Cadillac;
at the glass door of the drug-addiction center,
a man who'd like to break your back.
But here's a brown woman with a little girl dressed in rose
and pink, too.
Frankfurters frankfurters sizzle on the steel
where the hot-dog-man leans –
nothing else on the counter
but the usual two machines,
the grape one, empty, and the orange one, empty,
I face him in between.
A black boy comes along, looks at the hot dogs, goes on
walking.
I watch the man as he stands and pours
in the familiar shape
bright purple in the one marked ORANGE
orange in the one marked GRAPE,
the grape drink in the machine marked ORANGE
and orange drink in the GRAPE.
Just the one word large and clear, unmistakeable, on each
machine.
I ask him : How can we go on reading
and make sense out of what we read? –
How can they write and believe what they're writing,
the young ones across the street,
while you go on pouring grape in ORANGE
and orange into the one marked GRAPE –?
(How are we going to believe what we read and we write
and we hear and we say and we do?)
He looks at the two machines and he smiles
and he shrugs and smiles and pours again.
It could be violence and nonviolence
it could be white and black          women and men
it could be war and peace or any
binary system, love and hate, enemy, friend.
Yes and no, be and not-be, what we do and what we don't
do.
On a corner in East Harlem
garbage, reading, a deep smile, rape,
forgetfulness, a hot street of murder,
misery, withered hope,
a man keeps pouring grape into ORANGE
and orange into the one marked GRAPE,
pouring orange into GRAPE and grape into ORANGE forever.

Email ThisBlogThis!Share to TwitterShare to FacebookShare to Pinterest
Labels: About That Ceasing Seething, Brazen Blogwhoring and Attention Sluttery, Dead Blegsylvania, Fuck Me, Galaxie 500, MSADI5G, Music, My Blindness, My Complicity, My Inability to Shut the Fuck Up, Rukeyser