Bring Us Forward Notch by Notch in a Paradigm of Comfort 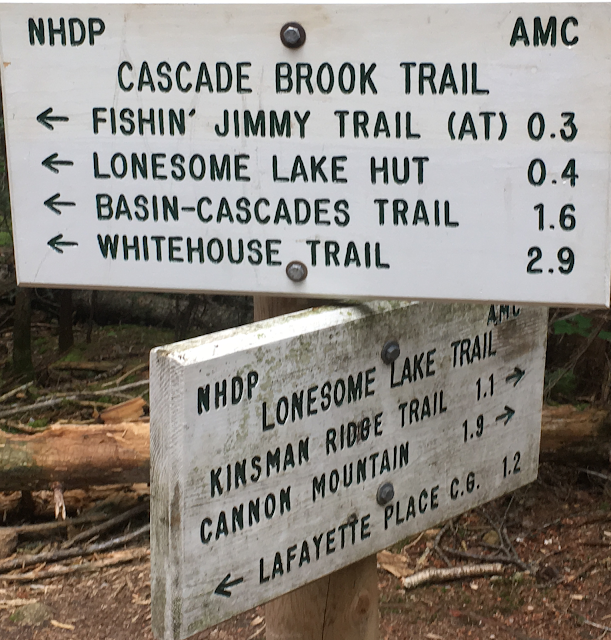 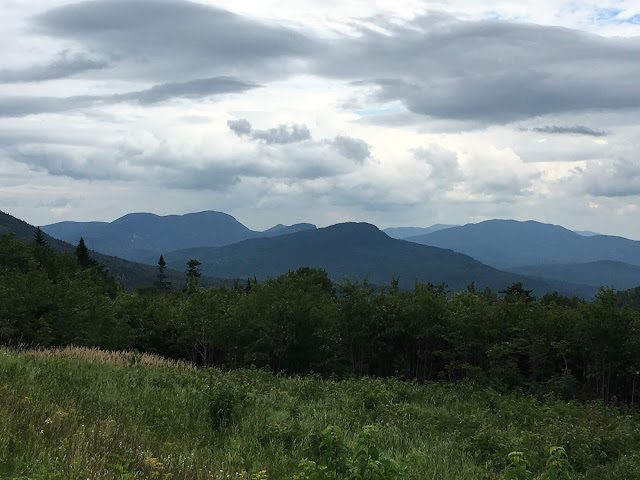 We are coming back next year before Acadia, will fly into Manchester, drive north on 93.

Which way is Cannon Mountain? 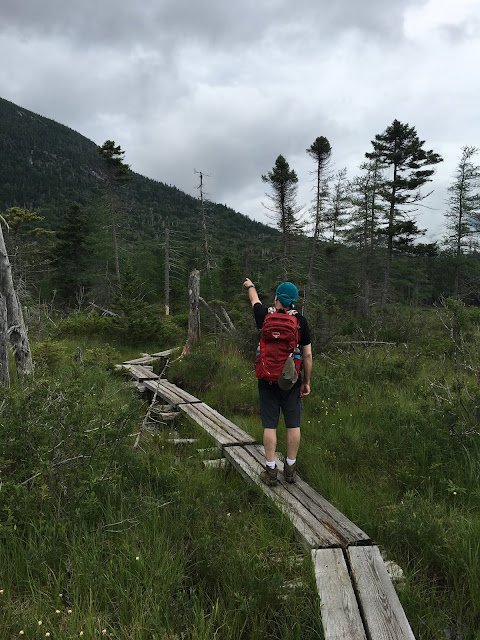 That red osprey, btw, best investment in a daypack ever. Sucks as a day-to-day purse like my purse the twenty year old black North Face (which sucks as a daypack), but best daypack I've ever owned.

Yes, I wear hand towels for head gear when hard hiking straight uphill in hot and humid, you don't?

We worked this year to get in shape for Acadia, next year we'll train to be in shape for White Mountains, a totally different class of hard hiking and great rewards.

The bog near Lonesome Pond, one of most beautiful and amazing places I've ever. 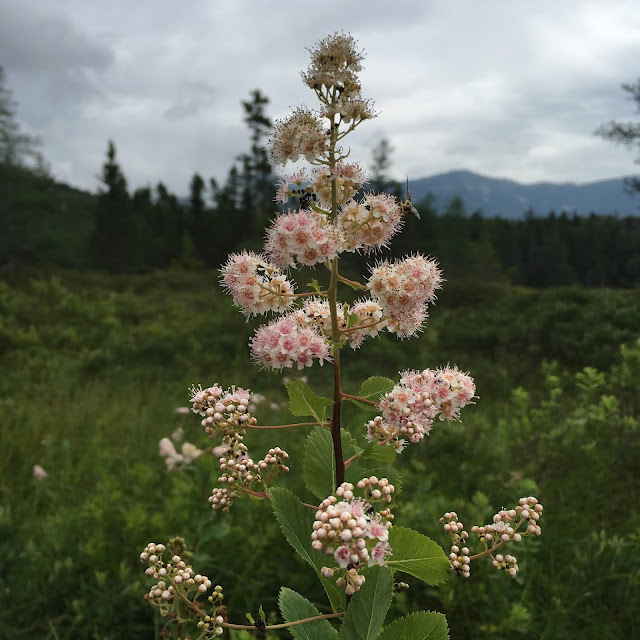 Photos by me but the one of me by Earthgirl.

I'll try and get you some links for Sunday - friends have posted - but no promises.

Today (Saturday) travel day (in torrential rain, at least to tell looking out the window as I type this).


NOT THAT IT COULD BE FINISHED


She holds a conversation with her ornaments,
stray or contingent, heaped in patches
darkly and then loosened
onto the table to be consumed.
Collect me, they seem to ask,
into an assembly; construe us
like any morning onto any day.
Bring us forward notch by notch
into a paradigm of comfort
to be clasped: any cup will do.
Any dance? Take a seed
and blow it toward the curtain
which, like a bright shield
hugging breasts into radiance,
is seen and spoken of and desired.
Will any silence fit? So many
columns of air are held upright
in inebriated passage,
so many paper stacks
brittle under the weight
of what was news to attentive readers
as zones of holy strangers
feed through tunnels their imported cares.
Stare at us, they seem to say,
we are windows propped up against the sky,
quotations of light waiting to sail
into your aperture, calling because because
and now now now. And the good body
is pulled over the original rapacious body
like a huge sock, its cornucopia
of sour wind and dust emptied into the firmament.

Email ThisBlogThis!Share to TwitterShare to FacebookShare to Pinterest
Labels: Aargh-free, Brazen Blogwhoring and Attention Sluttery, My Complicity, My Inability to Shut the Fuck Up, Vacation 2018