Charges Across the Desert Cognizant of the Futility

I received decent news on my eyes and a decent performance evaluation at work on Wednesday and since have been in my foulest mood in months, the foulest since the last time I got double decent news on a day. Was wonderful yesterday, spleening on Democrats, but, foul mood vented if not satisfied, I wave the Egoslavian Flag of Futility 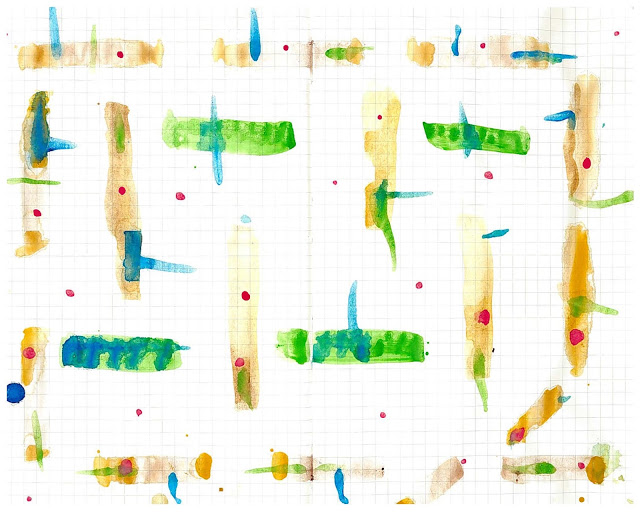 
Like everyone, I wanted my animal
to be the hawk.
I thought I wanted the strength
to eat the eyes first then tear
into the fuse box of the chest
and soar away.
I needed help because I still
cowered under the shadow of my father,
a man who inspected picture tubes
five out of seven nights,
who woke to breakfast on burnt roast
except the two weeks he’d sleep
on a Jersey beach and throw me
into the gasoline-sheened waves.
I loved him dying indebted
not knowing to what,
thinking his pension would be enough,
released not knowing from what,
gumming at something I was afraid
to get close enough to hear, afraid
of what I was co-signing. So maybe
the elephant. The elephant knows
when one of its own is suffering
up to six miles away. Charges across
the desert cognizant of the futility.
How can I be forgiven when I don’t know
what I need forgiving for? Sometimes
the urges are too extreme: to slap
on the brakes and scream, to bite the haunch
of some passing perfume, so maybe my animal
is the tiger. Or shark.
Or centipede.
But I know I’m smaller than that,
filling notebooks with clumsy versions
of one plaint, one pheromonal call,
clamoring over a crumb that I think
is the world, baffled by the splotch
of one of my own crushed kind,
almost sweet, a sort of tar,
following a trail of one or two molecules,
leaving a trail
of one or two molecules.
Posted by BDR at 9:10 AM

Email ThisBlogThis!Share to TwitterShare to FacebookShare to Pinterest
Labels: About That Ceasing Seething, Birthdays, Brazen Blogwhoring and Attention Sluttery, Dead Blegsylvania, Fuck Me, Fuck Work, Futility, My Blindness, My Complicity, My Inability to Shut the Fuck Up