Zero as a Paradigm 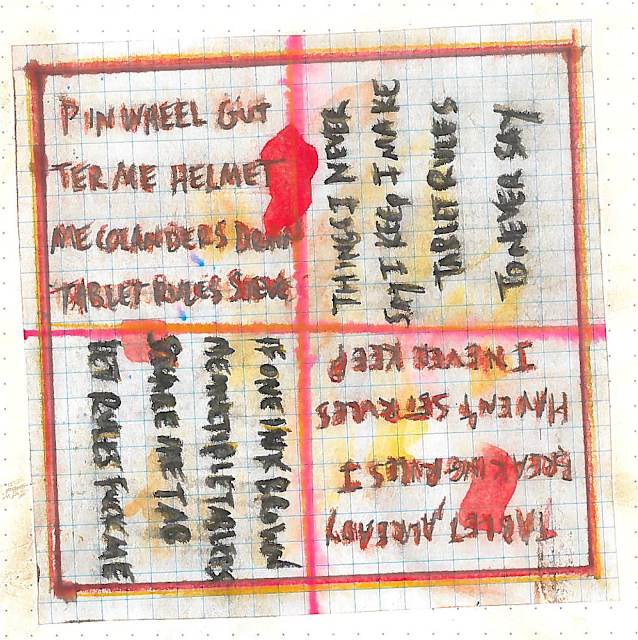 POEM TO SOME OF MY RECENT POEMS

my polite mongrels, edible patriotic plums,
you owe your beauty to your mother, who
resembled a cyclindrical corned beef
with all the trimmings, may God rest
her forsaken soul, for it is all of us
she forsook; and I shall never forget
her sputtering embers, and then the little mound.
Yes, my little rum runners, she had defective
tear ducts and could weep only iced tea.
She had petticoats beneath her eyelids.
And in her last years she found ball bearings
in her beehive puddings, she swore allegiance
to Abyssinia. What should I have done?
I played the piano and scrambled eggs.
I had to navigate carefully around her brain’s
avalanche lest even a decent finale be forfeited.
And her beauty still evermore. You see,
as she was dying, I led each of you to her side,
one by one she scorched you with her radiance.
And she is ever with us in our acetylene leisure.
But you are beautiful, and I, a slave to a heap of cinders.
Posted by BDR at 10:47 AM

Email ThisBlogThis!Share to TwitterShare to FacebookShare to Pinterest
Labels: Another Attempt to Shut the Fuck Up, Autoblogography, Brazen Blogwhoring and Attention Sluttery, Egoslavian Holy Day, Fuck Me, James Tate, MSADI5G, My Blindness, My Complicity, My Inability to Shut the Fuck Up