The Storm Roaming the Sky Uneasily Like a Dog

Yes, I'm still, thanks to two of you for asking, partially it's been lack of access to a scanner, mostly it's been I've been but not been here (>>db(s)<<) 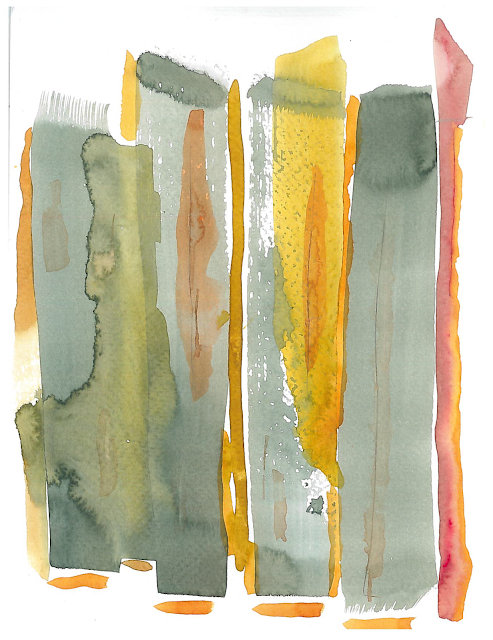 
Think of the storm roaming the sky uneasily
like a dog looking for a place to sleep in,
listen to it growling.
Think how they must look now, the mangrove keys
lying out there unresponsive to the lightning
in dark, coarse-fibred families,
where occasionally a heron may undo his head,
shake up his feathers, make an uncertain comment
when the surrounding water shines.
Think of the boulevard and the little palm trees
all stuck in rows, suddenly revealed
as fistfuls of limp fish-skeletons.
It is raining there. The boulevard
and its broken sidewalks with weeds in every crack
are relieved to be wet, the sea to be freshened.
Now the storm goes away again in a series
of small, badly lit battle-scenes,
each in "Another part of the field."
Think of someone sleeping in the bottom of a row-boat
tied to a mangrove root or the pile of a bridge;
think of him as uninjured, barely disturbed.
Posted by BDR at 8:48 AM

Email ThisBlogThis!Share to TwitterShare to FacebookShare to Pinterest
Labels: About That Ceasing Seething, Another Attempt to Shut the Fuck Up, Brazen Blogwhoring and Attention Sluttery, Fuck Me, My Blindness, My Complicity, My Inability to Shut the Fuck Up