Let me get my eyes off the top of the shitty blog. 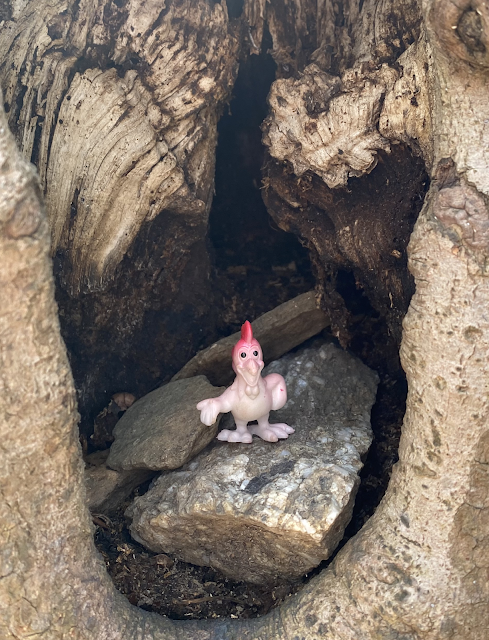 Klara (not pictured above, that's a treeknot installation from yesterday), an Artificial Friend, has gone into the barn where Klara thinks the Sun sleeps at night and thinks she's made a deal with the Sun that if the Sun heals Josie, the human child whose Mother bought Klara to keep Josie company while Josie suffers from some as yet unrevealed disease (though it is hinted was caused by a medical treatment meant to boost Josie's chances of professional success in a dystopic late-Capitalist world, a treatment that has already killed Josie's sister Sal) then Klara, a Data ("do I treat you like a vacuum cleaner," Josie's friend Rick's mother asks Klara) will personally destroy the massive factory of a major polluter. 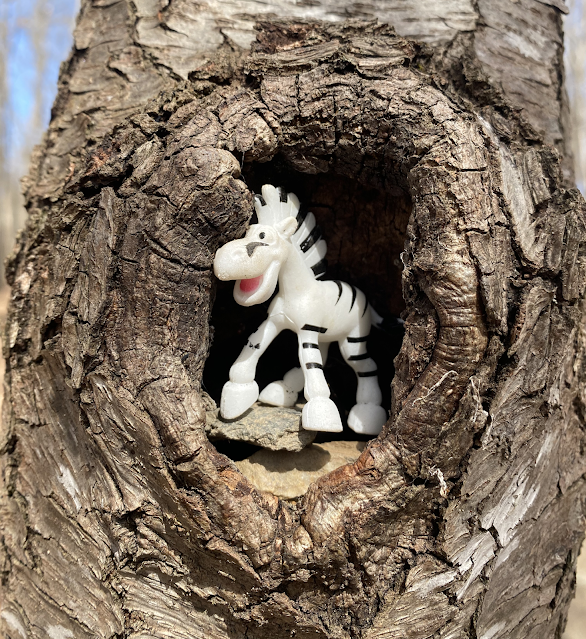 That's not a new installation but a restored and improved installation, note the newly rebuilt stone floor.

I'm just past halfway of Ishiguro's new *Klara and the Sun.* I can put it down, I'm obligated to finish it. I suspect Part Three the mechanical room of the mechanical room of the novel (sic). It doesn't suck, it doesn't sing, or, alternatively, it does sing but I can't hear. It - and every fucking thing - feels obsolete, exhausted, obvious, futile. Apparently I'm crashing just as algorithms foreordained. Friends have warned me about Part Three and assure me the payout for my work will be at minimum break even. I don't even daydream about other novels I will fail while failing the novel I'm reading any more. Yesterday, when I built this new installation 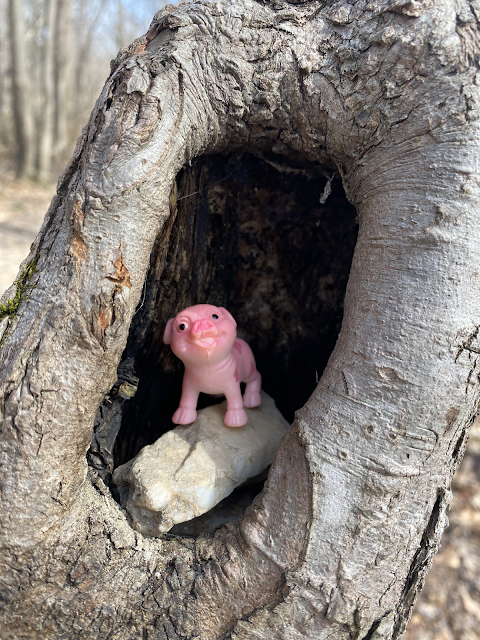 a family I didn't hear approaching stopped to watch, one of the kids asked me if I was the guy who built the Blue Monkey and Orange Gorilla and Green Giraffe, and yes, yes I did, then realized my The Fuck done toggled from whee to w(h)o(a)e, The Fuck from exclamation point to question mark. I've three weeks to ride and rid myself of crash before I might have the chance to hug my daughter for the first time in thirteen months. I'm down to three plastic animals, I'll order more, I have no choice but finish the Ishiguro, fine metaphors abound, if you wonder about this song check today's timestamp

I cannot recite
a single poem I've written.
I pay for a cloud

Email ThisBlogThis!Share to TwitterShare to FacebookShare to Pinterest
Labels: 575, Abandon the Fuck, Another Attempt to Shut the Fuck Up, Brazen Blogwhoring and Attention Sluttery, Fuck Me, My Blindness, My Complicity, My Inability to Shut the Fuck Up
Newer Post Older Post Home