It Would Have Been Dark but Not Lugubrious 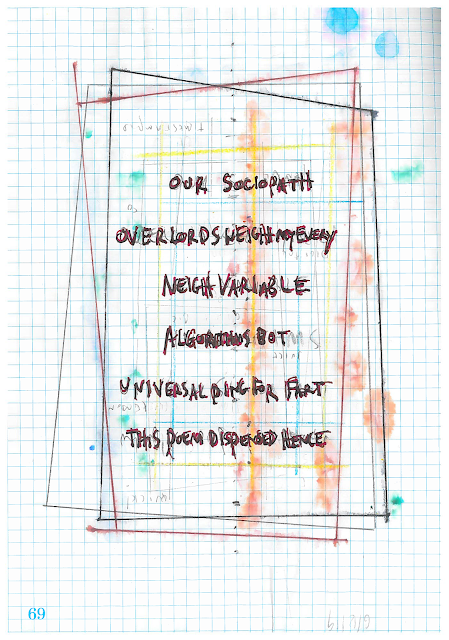 THE MISSING POEM
Mark Halliday
It would have been dark but not lugubrious. It would have been
fairly short but not slight. It would have contained a child
saying something inadvertently funny that was not said by my daughter,
something strangely like what your daughter or sister said once
if you could remember. The child's voice flies across
a small parking lot where, in one of the cars,
a man and a woman sit listening to the silence between them.
The child's voice probably hurts them momentarily
with a sense of beauty apparently very possible
yet somehow out of reach. In the missing poem this is
implied, conveyed, transmitted without being flatly said.
And it does a dissolve into the look of a soccer field
after a game—the last three or four players walk
slowly away, their shin-guards muddy, their cleats caked,
one player dragging a net bag full of soccer balls—
the players seem to have known what it was all for
yet now they look somehow depleted and aimless there
at the field's far end; and a block away on a wood-grainy porch
the eyes of a thin woman sixty-three years old search the shadows
in each passing car, as the poem recalls what she wants to recall.
Hours later the field is dark

and the hills are dark and later even Firehouse Pizza has closed.
In the missing poem all this pools into a sense of how much
we must cherish life; the world will not do it for us.
This idea, though, in the missing poem is not smarmy.
Remember when you got the news of the accident—
or the illness—in the life of someone
more laced into your life than you might have thought;
the cool flash of what serious is. Well,
the missing poem brings that. Meanwhile not seeming like
an imitation of Mark Strand or Mark Doty or Mark Jarman!
Yet not like just another Halliday thing either.
Instead it would feel like a new dimension of the world,
the real world we imagine. With lightness!
With weight and lightness and, on the hypothetical radio,
that certain song you almost forgot to love.
Posted by BDR at 9:06 AM

Email ThisBlogThis!Share to TwitterShare to FacebookShare to Pinterest
Labels: Brazen Blogwhoring and Attention Sluttery, My Blindness, My Complicity, My Inability to Shut the Fuck Up