A Tiny Universe in Your Hand Made of Stringy Oil, Cats' Hair Fleabus, photo from Monday night past, now in dotage, eats too much then won't eat at all, still poops in box but pisses next to it, kidneys drying to raisins, the meds and the special RX food she eats too much then won't eat at all working as well as possible says vet, the cat is eighteen, now going blind too, like the old fuck below, photo from last night, in hat knit by Planet holding the phone with a Fleabus protective case, a gift from Planet

Animals distill into their essence getting older, Fleabus getting sweeter day by day, the fuck below more sideways 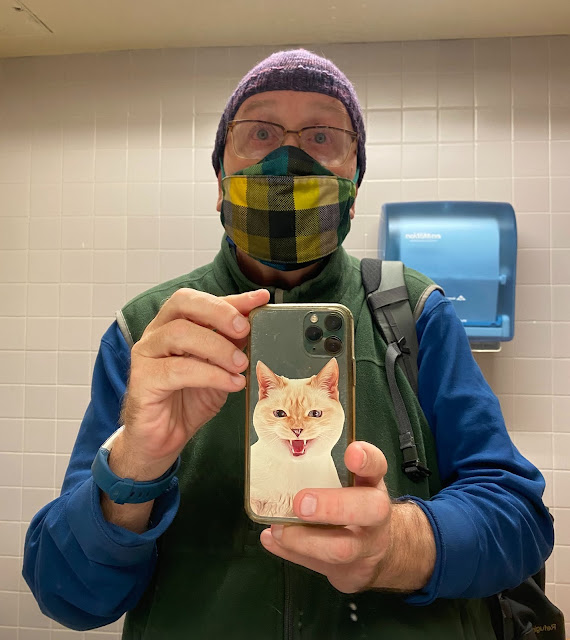 BE BRAVE TO THINGS