Rob Them of Prudence for Prudence Is Defunct

Olive just looked me in the eyes, meowed, took her left front paw and knocked a food dish off the kitchen counter, shattering it on the kitchen floor. She loves me 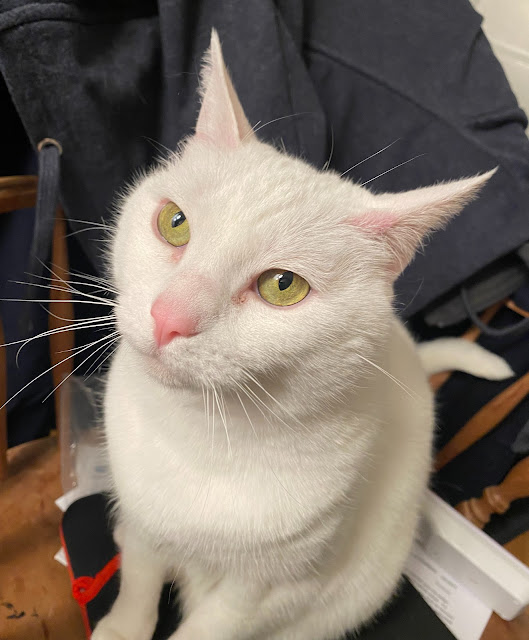 Speaking of my eyes, eye surgery tomorrow, weather-permitting, supposed to be mid-sixties today, might wake up tomorrow morning to six inches of snow. My father is Sarek anguishing on his marble bed, no one can see him, visitors forbidden because of the disease my wife and daughter will be infected with this week because motherfucking shitlords and their motherfucking servants want teachers to die rather than sacrifice profits (shitlords) or free daycare (parents). Planet and I think Sarek wants to die and we've given him our blessing multiple times both before the marble bed (both of us) and after the marble bed (Planet). I'm told the eye surgery will be painless though eyedoc phonebot sends a daily voicemail reminding me to be sure I've picked up my eye pain medicine. Hilltop just changed January because of the disease my wife and daughter will contract this week, the Library changed it's hours, all the work on student scheduling for Spring I did in December wiped out, received an email this morning from Bookkeeper telling me to have a new plan by yesterday, Bookkeeper a dope. Multiple beloveds urge me to scrape what few fucks I have left to give together, and I do. We hiked Mather Gorge, Billy Goat C, Carderock, Thursday past, beloved Potomac below 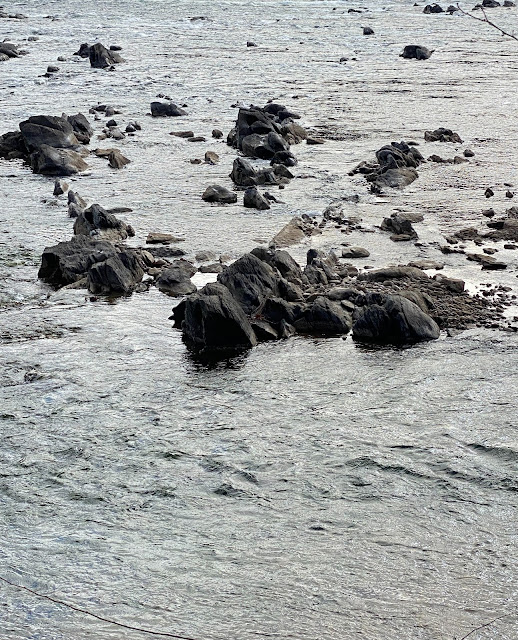 To those whose city is taken give glass
pockets. To those whose quiver gapes give queens
and pace their limbs with flutes, ropes, cups of soft
juice. To those whose threshold vacillates give
that bruise the dust astonished. To falling
heroes give raucous sibyls’ polished knees.
To those who sip nectar give teeth. And if
they still sip nectar—give green chips of wood.
To swimmers give clocks or rank their hearts
among new satellites as you would
Garbo’s skint lip. To scholars, give dovecotes
to virgins, targets. Justice has nothing on them.
Virgil, sweetheart, even pretty fops need
justice. If they think not let creditors
flank them and watch their vigour quickly flag.
To exiled brides give tiny knives and beads
of mercury then rob them of prudence
for prudence is defunct. To those who fist
clouds, give powder. And if their sullen
wallets flap, give nothing at all. Still
I have not addressed lambent fops
swathed in honey, the stuttering moon
Martyrs, Spartans, Sirens, Mumblers, Pawns
Ventriloquists—or your sweet ego
The Beloved Ego in the plummy light
is you. When I see you in that light
I desire all that has been kept from me
etcetera. For you. Since your rough shirt
reminds me of the first grass
pressing my hips and seeds heads
fringing the sky and the sky
swaying lightly to your scraped
breath, since I hear
panicked, my sister calling
since the gold leaves have all
been lost, and you are at least
several and variegated
I toss this slight thread back
The beloved ego on cold marble
blurs inscription. Hey Virgil
I think your clocked ardour is stuck
in the blue vein on my wrist. It stops
all judgement
Posted by BDR at 10:37 AM