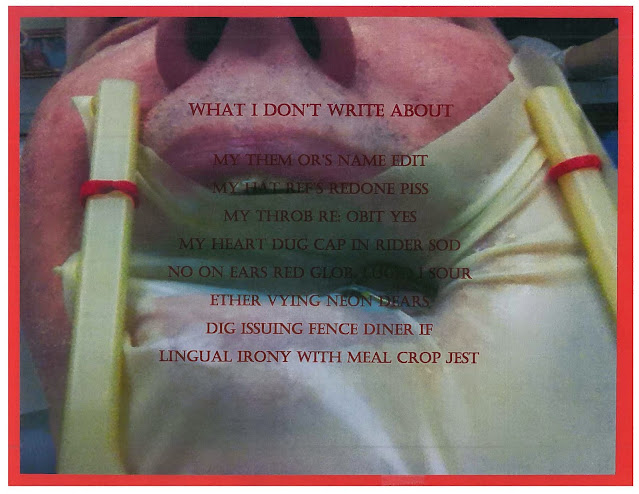 Writing this in google docs, I’m here because again my deepening klutz crisis worsening, I deleted two paragraphs I can’t possibly recreate, simplenote, I need a back button, here’s what I didn’t kill

Always fascinated how much Power generates so much noise urging you to tribalize while simultaneously trumpeting moral instruction that self-reliance the prime directive, we're so easy to manipulate and monotonize and monopolize, sing it with me by yourself

Then a paragraph relating this to Ryan Zimmerman’s retirement and (as if every post isn’t about) me and my uniforms but more importantly my not-uniform not-uniform uniforms, then a well-written but fappingly gratuitous reiteration that motherfucking Democrats won’t save your 401K-ass, they’ll be cashing a check when private equity squeezes your retirement zit for pus on the penny (tomorrow's update)

I have fresh links to make you angry while reminding you of your impotence to change anything but your own life and do change for happier but forgive myself when I fail, how’bout no today to links that make me angry that I want to share with you to anger you (though one had the good news it’s legal to kill animal poachers in parts of India starting yesterday), it’s important to me that you agree with me but reach that conclusion independently despite my exhortations to follow

Email ThisBlogThis!Share to TwitterShare to FacebookShare to Pinterest
Labels: Brazen Blogwhoring and Attention Sluttery, Dead Blegsylvania, Franz Wright, Kate Bush, My Blindness, My Complicity, My Inability to Shut the Fuck Up