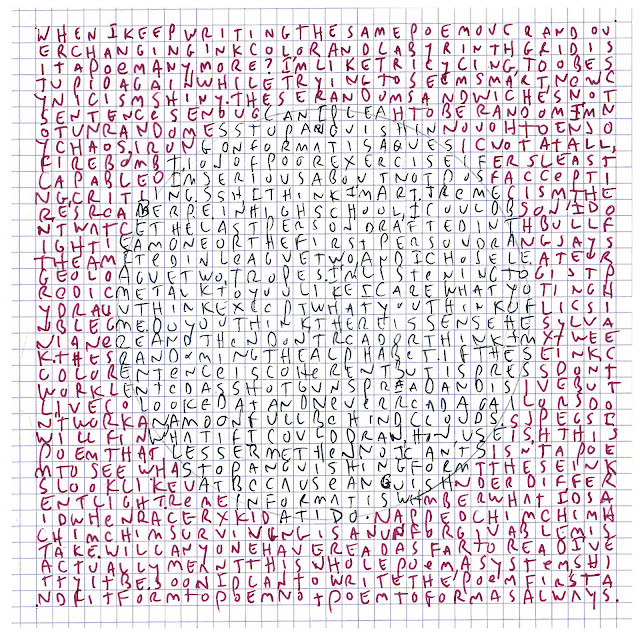 Jeebus, that's twelve years old, done in the Blog Days of Summer in 2010. Up to you whether this is threat or not, I can tell you that while I fondled my beloved triangular scale architecture ruler last night I did not lay it on paper and drawer a line much less rustle in shoebox of watercolor tubes or wash crusted watercolors off either palette (though decided if and when I'd return to only primary colors) and while this is a typical paragraph (though abbreviated) in a typical bleggalgaze at the start of the Blog Days of Summer I typed it here not inked it in gridded lighthouse first, though I thought about it, up to you whether this a threat or not (ditto embedded haikus in grids). Monkeypox, huh.  This is the Official Theme Song of Blog Days of Summer

Email ThisBlogThis!Share to TwitterShare to FacebookShare to Pinterest
Labels: Ashbery, Autoblogography, Brazen Blogwhoring and Attention Sluttery, Dead Blegsylvania, Futility, Mememe, My Blindness, My Complicity, My Inability to Shut the Fuck Up, Yo La Tengo