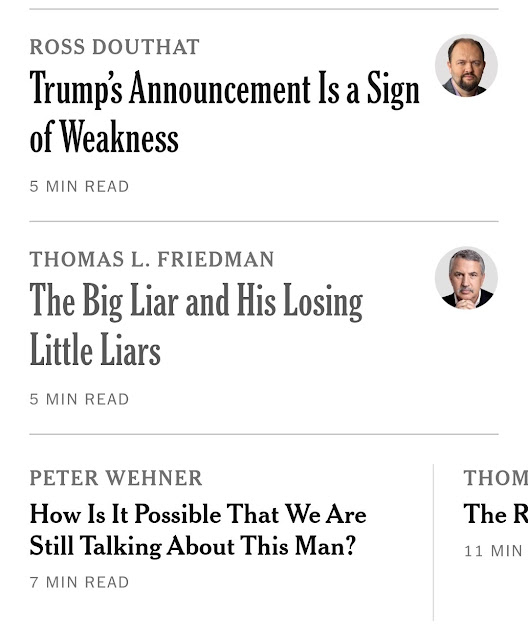 Shazam, Trump's done? Once I would have typed, I type, could one of hoped benefits of shitlords going all in on Cracker Uber Alles been if it works, great, if it doesn't, BETTER! Kills Trump? 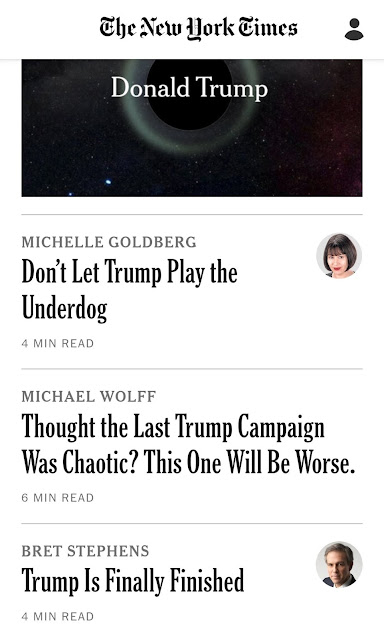 Saw a Fox News graphic (it's one of the links below) of the thirteen potential candidates for the 2024 presidential nomination hours before Trump's expected announcement he's running and Donald Trump was not one of them (and Fox News just recently tweeted out that megadonors want Christ DeSantis over "three-time loser Trump" and even used the darken the photo trick on Thump)
Kayfabe reinstated! Saying the quiet part out loud banned! A return to normal rat-fucking imposed! For now!
For now. Below, sixteen examples of cracker whisperers adamant it wasn't them whispering to crackers in support of Trump, but first, here's my hot take (and latest jeffhexhead): BY GUESS AND BY GOSH
John Ashbery

O awaken with me
the inquiring goodbyes.
Ooh what a messy business
a tangle and a muddle
(and made it seem quite interesting).
He ticks them off:
leisure top,
a different ride home,
whispering, in a way,
whispered whiskers,
so many of the things you have to share.
But I was getting on,
and that’s what you don’t need.
I’m certainly sorry about scaring your king,
if indeed that’s what happened to him.
You get Peanuts and War and Peace,
some in rags, some in jags, some in
velvet gown. They want
the other side of the printing plant.
There were concerns.
Say hi to jock itch, leadership principles,
urinary incompetence.
Take that, perfect pitch.
And say a word for the president,
for the scholar magazines, papers, a streaming.
Then you are interested in poetry.
Posted by BDR at 10:13 AM

Email ThisBlogThis!Share to TwitterShare to FacebookShare to Pinterest
Labels: Ashbery, Autoblogography, Brazen Blogwhoring and Attention Sluttery, Dead Blegsylvania, Futility, jeffflags, My Blindness, My Complicity, My Inability to Shut the Fuck Up