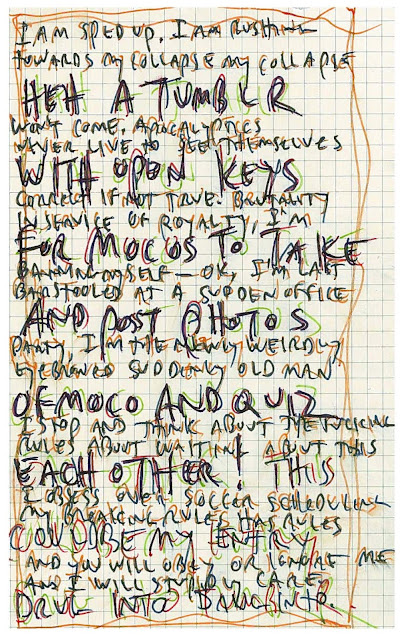 Two things from 2012 I thought of last night when post-considering yesterday's anger. The particulars of this incident were discussed last night on twitter - bad mood + author who's Doors to me = irrational outburst of anger of which the target is mere fuse, not bomb. This is true: there is construction on campus, a new dorm being built, and foot traffic to student union and hospital has been routed to a narrow lane between construction fences. Signage tells bike riders to dismount and walk bikes. Some fuck rode into the mass of pedestrians, talking on his phone, hands off handle bars, he hit a student in a wheelchair, almost hit an elderly professor, as he rode towards me I had to stop myself - as in I was going to and decided not to - from pushing the motherfucker off his bike and into a brick wall, and my sole consideration - I heard my head say - don't, you'll go to jail, it's not worth it. I... this.... I'm....   I do like Gnod, though. 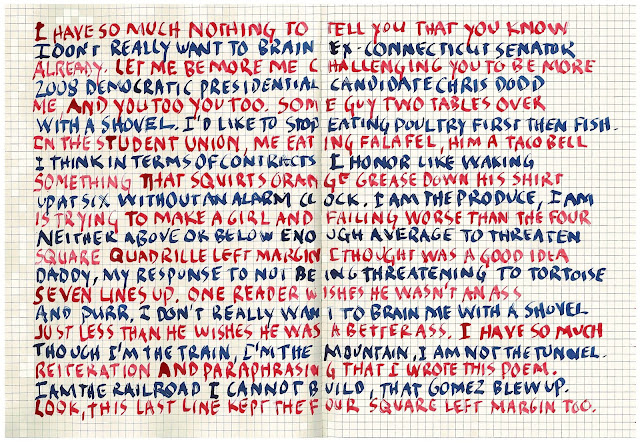 Email ThisBlogThis!Share to TwitterShare to FacebookShare to Pinterest
Labels: About That Ceasing Seething, Another Attempt to Shut the Fuck Up, Brazen Blogwhoring and Attention Sluttery, Fuck Me, Fuck This, Mememe, My Complicity, My Inability to Shut the Fuck Up