Mocomofos know this bridge and it's history, but behold! Dorothy now Donald! 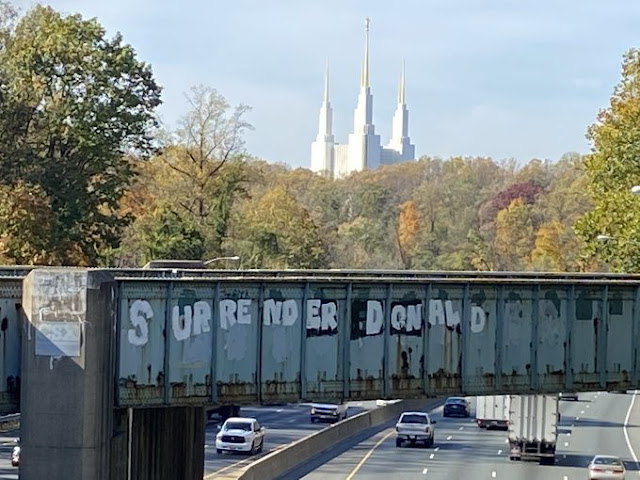 I have no reason to be on the Beltway coming downhill from Georgia towards Connecticut this weekend and into the foreseeable future (the last time I was downhill towards Connecticut was driving home from Maine in July), and while I'm curious if it's already been painted over I'm not curious enough to drive the three miles from my house to Georgia and turn around back downhill to actually look

The child psychiatrist will not be seeing any patients this evening. Not until she has cleaned up her vegetables and finished her homework, and that's all there is to it. Afterward she is perfectly free to meet with you alone, even to sit on your knee like a cheerful ventriloquist's dummy; or should she choose, lie down on the couch and ask that you tell a story, your most beautiful and sinister story.